May 9, 2019: A new training facility was completed next to a GC resort facility, Shishin-an in Karuizawa. The ceremony was held by the owner, Chairman Nakao and Mrs. Nakao, the architect “Masaharu Seno and partners” and the constructor “Tomoegumi”, who developed the design and construction, and director Nakagawa on behalf of the users.

The new training facility reconstructed in Karuizawa is Kinsui-an moved from Yugawara, which has been used by many members of the GC Corporation for many years as a resort facility as well as training facility.

In the greetings from Chairman Nakao, he asked to make effective use of the new training facility towards the 100th anniversary of GC’s founding, which will be in 643 days (as of the completion ceremony). Mr. Nakagawa, who attended acting on behalf of President Nakao, declared it to be used as a place of fostering the corporate culture of GC and as a place of inheritance of convictions. It was announced that the first meeting towards the completion of Vision 2021 and the creation of a “New Vision” will be held in June as opening, attended by GCC board members, GCIAG executives, and the Presidents of GCA, GCE and GC Asia.

After the meeting, it will be opened as a training center to GC employees, and it will be used by many members of GC Corporation. 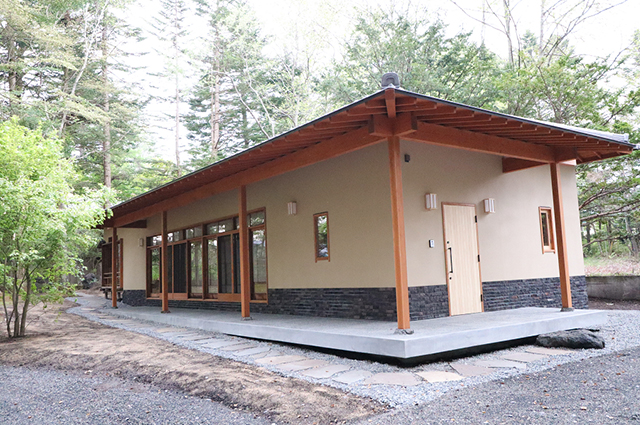