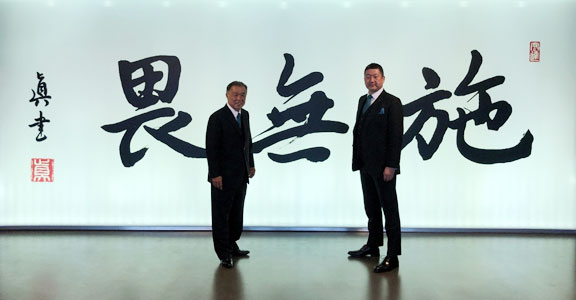 Going forward, Mr Makoto Nakao will remain in his position as Chairman of the board of GC International AG. In addition, he will dedicate the majority of his time to the newly-established Foundation Nakao for World-wide Oral Health, which was funded by his generous donation of privately-owned GC shares. The Foundation promotes academic research and clinical studies on topics that affect oral health on a global scale.

The success of this family-owned business is based on solid principles: Its corporate philosophy, drawing from the Japanese wisdom of “Semui” and “GC No Kokoro”, calls for selfless and objective actions, always putting the common good before short-term growth objectives.

GC Corporation, headquartered in Tokyo, Japan, is one of the world’s leading suppliers of dental products, with more than 3200 employees and numerous manufacturing sites in Japan, the United States, China, India and Europe. Established in 1921, GC has been devoted a century to the development and provision of dental materials, contributing to the worldwide oral health.